Trailer Roundup – Which movies do you want to see? 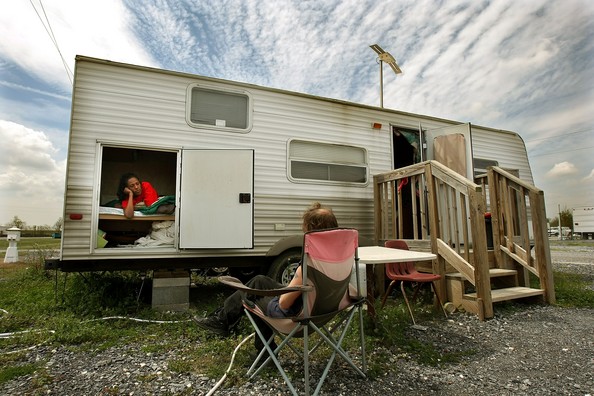 It seems like the last week or so has been a constant barrage of brand new trailers for movies that (some) people are excited about. I thought… what better than compiling them all in one place and letting you sound off on which movies look promising!

The first The Expendables was pretty entertaining (although I saw it in a theater which was packed with a local radio station’s “Man Day” participants, so there was a constant screaming and general womanizing). This sequel adds in some major names, most notably Chuck Norris and Jean Claude Van-Damme. PS, did you know Chuck Norris is 71 years old? That blew my mind. I’m always a fan of Jason Statham and Jet Li (their collaborative effort War was pretty cool) and I’m pretty whatever about the other guys.

Now… The first Ghost Rider is an acquired taste. It’s like Daredevil: A lot of people disliked it, but I thought it was pretty cool. I mean, it’s a very different type of hero… so it’s going to be a very different type of movie. Some people say Nic Cage can’t act but I’m a huge fan of Face / Off, Con-Air, and even Kick-Ass. I think if the trailer is any indication of the actual film, it might be a pretty decent movie.

I absolutely loved the first Men in Black. I almost bought an “Edgar suit” for Halloween that year. The horrible Men in Black II forever ruined the franchise, which is why it’s taken 10 years for this third installment to be made. It looks like this time travel gimmick will allow Josh Brolin to take over most of the heavy lifting, giving us some new chemistry. MIB2 failed because it tried to replicate what made the original so appealing. Hopefully this installment can stand on its own and find a unique way to entertain us.

This franchise has been through the ringer. The first Underworld was like a dream come true. The second had highs and lows. I also appreciated what they tried to do with Rise of the Lycans but it ultimately was… whatever. However, returning to what made the series memorable may save the franchise. It’s current day, there’s current technology, and humankind has waged war against the vampires and lycans. Sounds amazing.

Snow White and the Huntsman

This looks fantastic. It seems a little… familiar… with recent events on ABC’s Once Upon a Time which focus on Snow White and the Huntsman. This movie looks stylized enough to make it stand out from other fairytale films in recent memory. I’m not in love with the idea of Kristen Stewart but maybe she’ll surprise us (as Robert Pattinson surprised me in Water for Elephants). Charlize Theron looks to embody the role of the evil queen and Chris Hemsworth looks to fit the role of the Huntsman (which looks just a tad more badass than Hemsworth’s Thor). Assuming it’s not a major flop with the critics, I’ll definitely be checking it out.

The Rock is awesome. The first G.I. Joe was painful for me to watch. Joseph Gordon-Levitt is usually amazing but they destroyed any chance he had to make this a memorable role for him. Well, the studios did the sensible thing and thought, “Hey, let’s kill off the entire cast and start new.” The ninjas were the coolest part of the original, so you know that they’re going to give them a lot more screen-time. I’m not sure how I feel about that “side of the mountain” battle but it could be utterly spectacular or the CGI could be disasterous and tank the whole movie. It only takes one horrible scene to make a movie laughable. But with the Rock and Bruce Willis brought in, maybe this one has a chance!

Wrath of the Titans

I didn’t even know they were making a sequel to the mediocre Clash of the Titans. This movie looks incredible though, so let’s hope Liam Neeson smacked some sense into these guys and made a decent movie. This looks like it could a movie for the Sony franchise God of War, and that’s saying a lot. Let’s cross our fingers!

I have no idea what this is but apparently people are excited about this. I guess it was a book? I just Wiki’d it and the books were written in 1912. Wow. Pretty intense. I guess I can understand now why it’s important that this movie is made. For some people, this might be their Lord of the Rings. So maybe the expectations are really high? The movie looks… decent. The alien humanoid insect-looking things aren’t the best CGI in the world and I’m worried that if too much depends on them being humanized or serving as an emotional core… their bad CG work might be a detractant. I had the same concerns with Avatar. I wasn’t impressed with the navi (*gasp*). Anyways, hopefully it’s a true rendition for the fans!

Yes, we have another fairy tale. Although Jack and the Beanstalk is a story that hasn’t been done to death (as opposed to versions of Snow White), there are still high expectations that this movie doesn’t destroy the tale. I want to trust Bryan Singer, because I loved the first 2 X-Men movies, but this looks a little sloppy. The view bits that we get of giants look ridiculously unpolished. Visual effects are at a place where they could make a real person look like a giant. The effects in the horrendous Gulliver’s Travels remake with Jack Black looked better than this. If the effects manage to pan out, Jack the Giant Killer could be a solid film. The bits of where (it seems) a giant army (pun intended) is attacking the castle looks amazing, and is going a step beyond what’s expected. But we’ll see!

I’ve always been a fan of Bane. He’s always been a brute. And in the comics, he is the man that “broke the bat,” actually breaking Batman’s back and putting him out of commission. That’s a big deal. No one else has really done that. Here though, Tom Hardy’s version of Bane is a little different. I trust Christopher Nolan. I doubted the Heath Ledger choice so I swore I wouldn’t doubt him again.

The Hobbit: An Unexpected Journey

I saw each of the Lord of the Rings movies seven times in theaters. I’ve pretty much been waiting my whole life for this prequel to come out. The Hobbit is a much simpler story, as it’s not really about saving the world or even stopping some evil bad guy. It’s just an adventure. Part of me is upset that it’s being split into two parts but it also means I get to spend more time in Middle-Earth, so I guess I’m okay with that.

So, what do you want to see?