Round 2: Once Upon a Time vs. Grimm 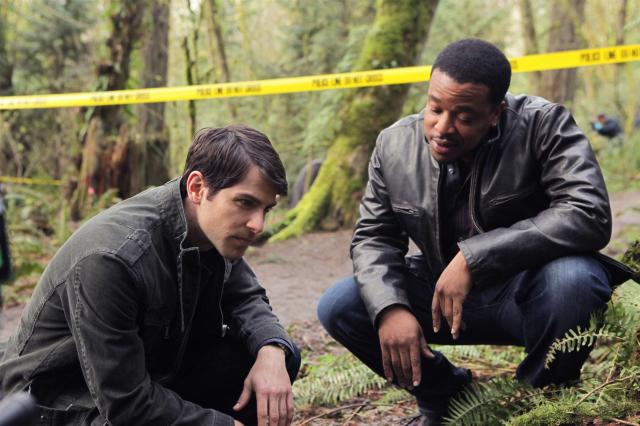 My initial reaction was that both shows attracted different audiences. They’re both solid, in my opinion, but which one is more your style?

Below, I’m going to outline each show, what you might think of it, what the show has going for it, and what could potentially drag the show down into the depths of cancellation.

You might like Grimm if… you miss shows like The X-Files. So far, this series has been run-of-the-mill “monster of the week,” which has worked for shows as successful as Star Trek, Stargate, Supernatural, and more. Each week, our hero faces off against some new type of monster. This show is a little scary and a little more mature than Once Upon a Time. It mixes cop/procedural dramas with the supernatural.

Weaknesses: This show, that’s based on a very real world, is pushing a little too far into the supernatural and could easily alienate people. The “fairy tale” aspect is one that’s easily accessible, but the show has started labeling creatures as kind of off-the-wall names. For example, they introduced a werewolf type creature in the first episode (focused on Red Riding Hood). They call these creatures Blutbaden. I’m not sure if this means anything, but it sounds pretty alien. In the 2nd and 3rd episodes, we’re introduced to Jagerbars and Hexenbiests. Bit of a stretch for a mainstream audience to buy into.

Strengths: Silas Weir Mitchell stars as the reluctant sidekick (who also happens to be a werewolf… I mean blutbaden). He’s probably the most charismatic character, considering our lead actor is pretty flat. Silas may be recognized by fans as “Haywire” from Prison Break.  This is a much different role and one that I found extremely compelling. Another strength is that there is such a plethora of stories in Grimm’s fairy-tale repetoire that they have content for a few seasons at least, especially considering the mythology they’re building.

Weakest episode: This past episode “Beeware” was hands down the weakest of the three so far. There wasn’t as strong a connection to fairy-tale mythology, other than the urban myth regarding killer bees. There was some interesting spins with the only tangible main antagonist, who is now labeled a hexenbiest. This felt like a filler episode to me. 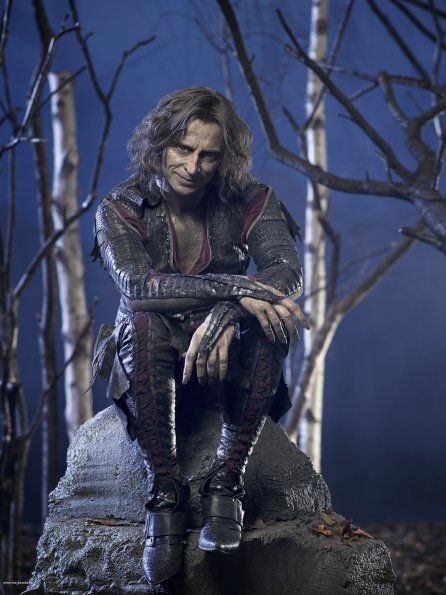 Once Upon a Time

You might like Once Upon a Time if… you love classic fairytales, ensemble casts, or compelling mysteries. This show is much more family-oriented and has a more traditional storyline which is pretty easy to grasp. There are some big names in the cast, as opposed to the relative unknowns of Grimm.

Weaknesses: There are a lot of characters and the show keeps adding new ones. In the first episode, we’re introduced to an entire world. We meet the seven dwarves, we meet Jiminy Cricket, we meet all these people that we haven’t really seen since. It’s a huge ensemble cast but the show keeps introducing us to new ones. The most recent episode introduced us to Cinderella and her prince and focused a whole episode on those two, when there’s a whole world of characters that I’m dying to get to know.

Strengths: Robert Carlyle as Mr. Gold/Rumplestiltskin (pictured above) is the most compelling reason for me to keep watching this show. Even though this latest episode brought in new characters, it also gave us some incredible backstory on his character that revealed just enough to keep me on the edge of my seat. Another strength is that since there are so many characters, I feel like I have to keep watching to get answers. Part of it may be out of frustration, but I legitimately want to know who some of these modern-day characters correlate to. Who is the sheriff? David Anders (Heroes, Alias) starred in an episode as a doctor, but who might he really be? For now, this keeps me coming back, but I’m not sure how long I’ll be able to sustain that interest.

Weakest episode: “The Thing You Love the Most,” the second episode of the series, focused on the evil Queen and how she cast the spell that turned the whole town into what it is now. To me, they played that card way too soon. They could have built up and had an incredible season finale that finally exposed what really happened. Instead, they wasted an opportunity and provided a decent episode. The Queen is underdeveloped and is stuck in this limbo. You don’t really understand what she’s trying to accomplish and you don’t really feel anything about it.

Once Upon a Time is receiving a much larger push from ABC, meaning that it’ll likely attract a larger audience base. Sunday nights is also much more preferable over Friday nights. A Friday night spot for Grimm could be a killer.

They’re both decent shows and deserve to be watched, though Once Upon a Time is more accessible to a general audience and will likely last longer due to the huge push by ABC.

Check out some updated thoughts in my Midseason comparisons.

Sound off in the comments! Which show do you prefer?

Entertainment. Gaming. Dreaming.
View all posts by adamryen →
This entry was posted in TV and tagged abc, fairy tales, grimm, nbc, once upon a time, robert carlyle, rumplestiltskin, television. Bookmark the permalink.

3 Responses to Round 2: Once Upon a Time vs. Grimm