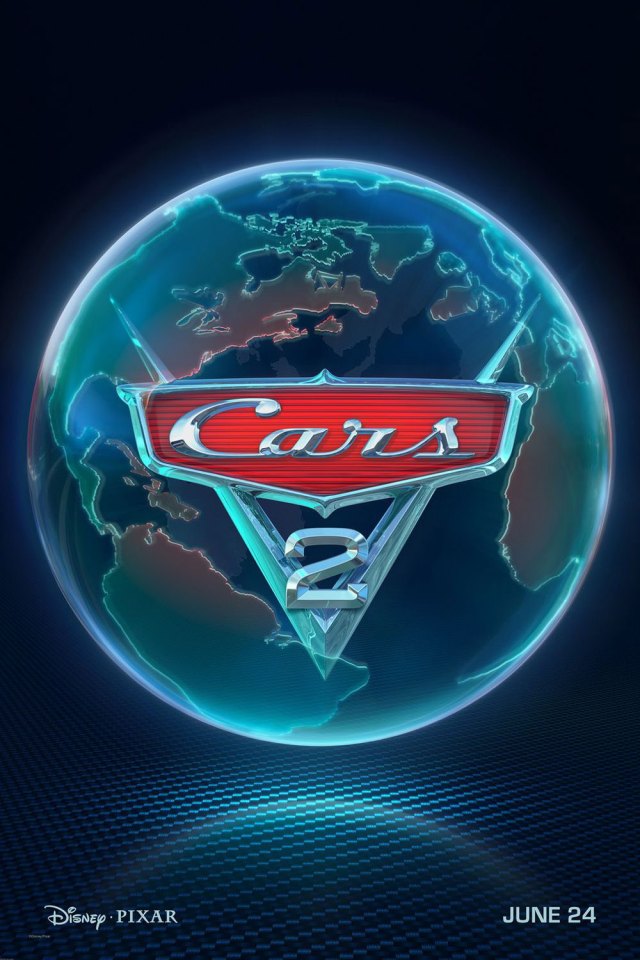 Cars 2. Taking everything you loved about Cars and killing it.

Okay, I feel like I need to confess that Cars was probably my least favorite Pixar movie (other than Toy Story 2, of course). I’ve read some thoughts on this and a lot of people feel like Cars was too much of a stretch for most people to relate to. Every other movie was like “the secret life” of something in our world. The boogieman, fish, toys, robots, mice. All of these movies featured human characters. It was still our world but we saw a new side of it.

In Cars, humans are nowhere. There’s an emotional distance that creates an actual distance between the audience and the movie.

So, I didn’t enjoy Cars 1 that much. But this second movie is an atrocity. The sad part is that you can tell a lot of work went into this film (and a lot of money) but it feels like a direct-to-DVD sequel that Disney is notorious for, but with a big-screen budget.

The movie again follows Lightning McQueen and Mater, though McQueen is really just a set piece for the whole movie. And Mater is painful to watch (and listen to).

The movie is about three races in three countries. As these races unfold, we learn of a plot by a group of “lemons” (cars that are perceived as the worst ever made) to find their way back to prominence. Somehow in all this, our two spies (voiced by Michael Caine and Emily Mortimer, who I only really know from “30 Rock” and her fragile bird bones) come under the idea that Mater is an American spy and they should work with him. Mater tells him he’s not a spy. He acts like he’s not a spy. But the whole movie these two British spies think he’s a spy and therefore equipped to deal with looming danger. I wanted to scream COME ON! at the screen. There were some like four-year-olds in the theatre (one of them with annoying light-up shoes that kept flashing) and they loved this movie. But I, being an adult male with a semi-average intelligence, found this movie to be ridiculously stupid and definitely aiming at the younger children but without appeasing the parents, as they usually manage to do. The plot was complicated but it lacked emotional depth and a few characters existed solely to put some names on the billboards (Owen Wilson is in this? Awesome!) but it failed in almost every way.

Because of these reasons, you shouldn’t see this movie. It’s made for kids and I had a hard time even sitting through the whole thing. It reached a ridiculous new low, including car fart jokes and peeing themselves (again, the kids were in uproar).

But Pixar did outshine themselves in a few ways, that I feel like I need to commend them for. Graphically, this film was stunning. Taking place in Japan, Italy, and England, the team really did their homework on making each location look nearly identical to its real-life counterpart. In Japan, the lights and animations and bustling streets felt exactly like it would really. In Italy, the cobbled streets and mansions overlooking the water were perfect. And England, they nailed the constant fog overhead but still managed to bring out vibrant grasses and plenty of colors to offset the sky. It looked extremely real and beautifully done.

And although this movie lacked all emotion and character that the first kiiiiiiiiiind of had, it made up for it with some amazing chase/fight scenes. The fire and water effects were especially dazzling and will look spectacular on Bluray for sure. But this movie didn’t succeed in such a way that I could forget that the character arc was a joke and the plot should have been rewritten completely.

Don’t see this. Maybe rent it. But don’t tell anyone you watched it.