Sequels That Wowed Us and Astounded Us

Recently I’ve asked a few people what sequel that believed was truly better than the original. This is a hard question, considering so many sequels are poorly constructed and mediocre carbon copies of the original film. But there are a few sequels out there that truly do outshine the first installment. 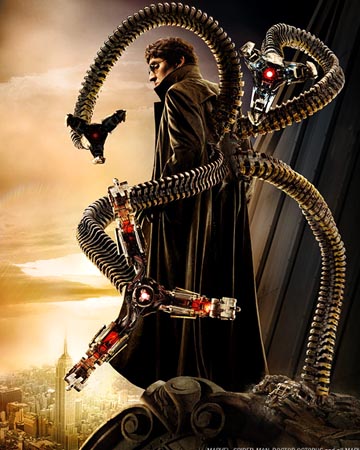 The first Spiderman was spectacular because it was one of the first superhero movies to come out in the era of decent computer effects. It wowed us when Peter Parker would sling web and fly from skyscraper to skyscraper. The second movie only improved on the effects and gave us an incredible story. Sure, Willem Defoe was a pretty cool Green Goblin but I couldn’t get past that suit. Alfred Molina as Doctor Octavius was an inspired choice and that character was surprisingly deep for a “supervillain.” His mechanical arms were not a far stretch of the imagination and they seemed to have a mind of their own and distinct personalities. I much preferred the second to the original.

I vastly preferred X2 over the original X-Men movie. Both were directed by Bryan Singer and both did justice to the source material, but X2 was superior in a lot of ways. The story was much more effective. In X-Men, they faced off against Magneto and he was going to turn everyone on Earth into a mutant. Kind of a hard plot to understand right from the get-go. In X2, the story was about the father of a mutant who was fighting to eliminate mutants and find a cure for his son. This is something we can understand (by we, I mean the mainstream public). The effects were drastically better (hello, the opening scene with Nightcrawler in the White House is still one of the coolest scenes I’ve ever seen). And the supporting villain (Lady Deathstrike with her adamantium claws) was cooler than both Sabretooth and Toad combined. In the end, X2 was a spectacular film, filled with amazing fight scenes (when the military attacks the school, I still get giddy with excitement) and some great character work.

I know some of you out there might be really in love with The Lion, The Witch, and The Wardrobe but I thought Prince Caspian was a better film. It wasn’t as easy as “kids go to strange land become heroes.” It was more a story of what it’s like to return home. And we got a little peak at what their lives in the real world have become, after growing old in Narnia. I thought the graphics were far superior and I thought the action was much cooler. When they storm a castle, I actually shed a tear for a poor minotaur who got killed in action. I thought the addition of Ben Barnes as Prince Caspian was a wise choice (but even he couldn’t save Voyage of the Dawn Treader). 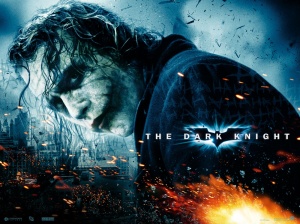 Batman Begins was an incredible movie, no doubt. But The Dark Knight didn’t have to set up the entire story and could jump right into the action. Both Ledger’s Joker and Eckhart’s Two-Face were complicated villains and both challenged Batman in different ways. The action scenes were spectacular. My only qualm with the film is that they replaced Katie Holmes with uggo Maggie Gyllenhall (don’t even get me started). The pacing was much better and this movie did an exceptional job at making such a fantastical story seem strangely realistic, which makes the whole thing even more disturbing. 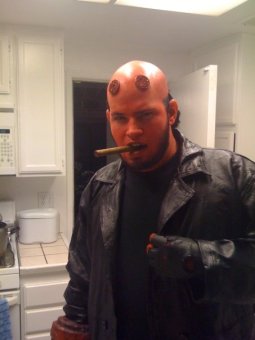 I am a huge fan of Hellboy. If you haven’t seen my Halloween outfit from a few years ago, I did you the honor of posting it above. So… Hellboy. The first movie was cool and all but the second movie was incredible. It adds a much stronger fantasy element, as a race of elf-like beings are slowly dying away as people stop believing in them. But in an effort to stay alive, this one dude goes crazy and starts attacking normal everyday people, making their existence known. Hellboy has to defend the human people, but they in turn treat him like a monster. It’s a cool story, as he has to decide to fight with his kind or against his kind. The effects are dazzling and Ron Perlman outdoes himself as the lead role (no one else could have played Hellboy). Not a lot of people have seen these films, but I’d recommend watching both (hint: it’s a long weekend, hit up Blockbuster or something).

Sequels That Should Never Have Been Made

Some sequels are so horrible they should have never been made. Actually, most of them fall into this category. So let’s get started.

I’m not going to waste my breath explaining to you why Secret of the Ooze was a horrible mistake. 1.) Vanilla Ice – “Ninja Rap.” Youtube it. 2.) Toka and Raza, a mutant snapping turtle and wolf that act like babies. 3.) Super Shredder. 4.) The wiseass pizza delivery guy. There are four reasons this movie shouldn’t have been made. Next.

Let’s get rid of all of our main actors except for Jeff Goldblum. Let’s get rid of the awesome island full of dinosaurs and make up a second island for no reason. Let’s end the movie with A TYRANOSAURUS RAMPAGING THROUGH SAN DIEGO. Okay, I kind of liked when the T-Rex dominated the city, but the rest of the movie was pretty atrocious. When you add in the annoying girl who somehow uses her acrobatic skills to defeat velociraptors, you’ve essentially neutered one of the scariest cinema creations of all time.

Horrible idea. Did you know Shia LeBouf was in this? The movie came out like 10 years after the original and it didn’t have the nostalgia that people wanted. It had no similiarities to the original, except for actors that kiiiiiiiiiind of looked like Jim Carrey and Jeff Daniels. Horrible.

If you’re going to introduce Venom, you have to do it right. Topher Grace is cool and all (I loved him in Win a Date With Tad Hamilton) but he cannot convincingly play Eddie Brock. And I’m sorry, those dance scenes were horrible. If they had just left the symbiote storyline alone and focused on Sandman and the return of the Green Goblin, that would have been a decent movie.

First off, you shouldn’t include a word in your title that someone has to look up to spell correctly (confession). Secondly, why would you recast parts? Mortal Kombat has a very extensive range of characters, if the actor couldn’t return to play Sonja Blade, just don’t put Sonja in the movie. Instead, this sequel had an almost entirely new cast, horrible special effects, and the ridiculous addition of “animalities,” where they turn into animals. This resulted in one of the worst end fight scenes I’ve ever seen in my life, where Lui Kang and Shao Kahn face off as dragons. I love dragons and this was a slap in the face.

I’m sorry but adding in that cowgirl chick was a bad choice. That’s all I have to say about that.

Some sequels have been amazing. Created franchises. Sold out theatres. But other sequels have been horrible and embarassing films that I wouldn’t even want to be associated with. Career-enders. This summer, with installments to Kung Fu Panda, X-Men, Harry Potter, Transformers, and many more… I hope we see more successes than flops, but only time will tell.

1 Response to Let’s Talk About Sequels