About a week ago, I overheard a conversation that had me intrigued and it turns out that these two students of mine were talking about this Facebook game. “It Girl,” where you compete to become the hottest girl at the party, essentially. I’ve played my fair share of Facebook apps but I’ve never asked what the other gender plays. While I’m slaying dragons and being a superhero, what are they doing?

Well, turns out… They’re playing games like “It Girl.” I decided I would play the game for  a week and see what happened.

So… here’s the basics of what the game entails. 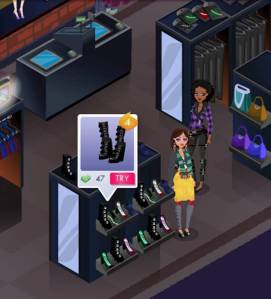 You pretty much roam around this fake world and buy clothes. I just found these awesome boots for only 47 dollars. You try to combine items that have high “hotness” points and then you go to a party to showdown with other girls.

This is pretty much reality, right?

So, I get all dressed up to go out. 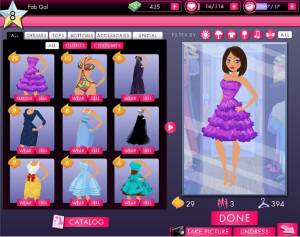 I put on my frilly purple dress. Or maybe I could decide to go crazier. 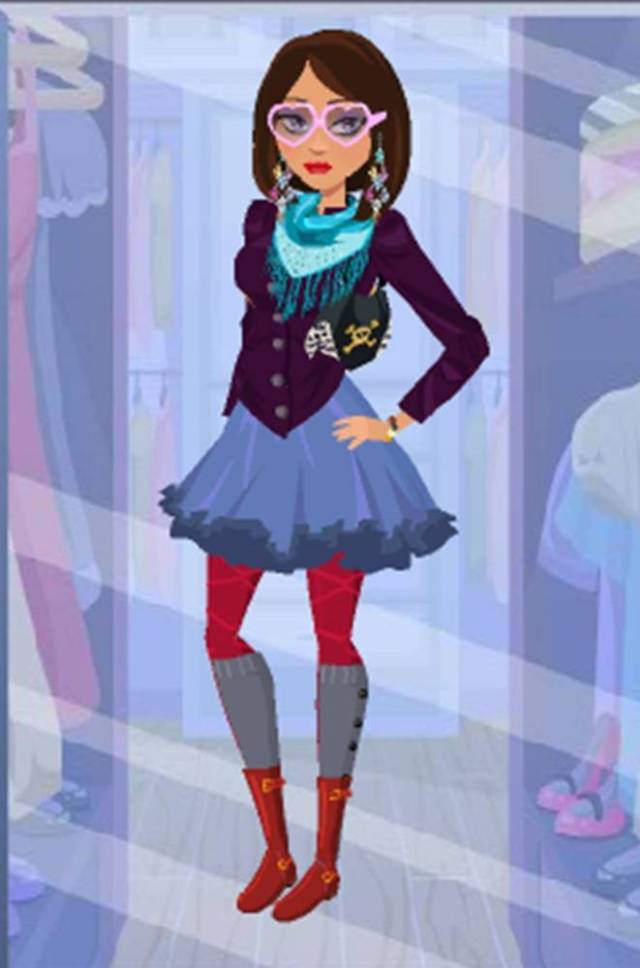 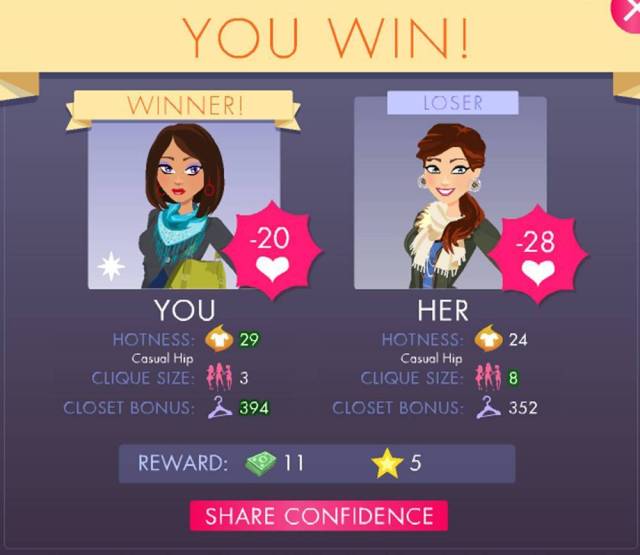 I had higher hotness (I did some tweaks before I went to battle). She had more friends, though (8 real-life Facebook friends that play this game versus my 3). I also got a bonus for having more clothes in my closet. Is this the equation when girls really go out on the town? Who is wearing the hotter clothes? Who has the most friends? And who owns the most stuff? That actually does sound pretty right, rewarding the rich and popular. Hmm.

By winning battles, you gain popularity and money. And you receive money everyday just for… being. I feel like a Kardashian.

Another goal of the game is to get a boyfriend.

Oh no! I don’t have a boyfriend! Within minutes of playing the game, I was already told that I wasn’t good enough. Can’t a girl just be single? 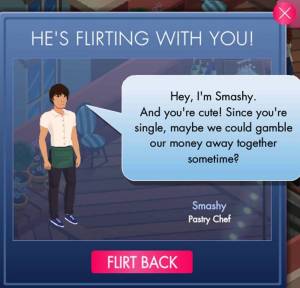 This handsome young lad finds me. Smashy. Nice. He’s a pastry chef. That’s cool. So, of course, I hit the “flirt back option.” 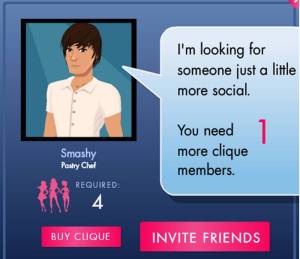 What? Someone just a little more social? HOW DARE YOU. SMASHY IS A STUPID NAME ANYWAYS.

So, now I’m a little hurt. Maybe I’ve set my standards too high. I’m not going to try roping someone else into the game. Let’s find someone a little less … Successful? 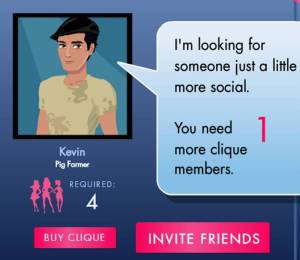 This is Kevin. He’s a pig farmer and he won’t have anything to do with me either. He has stains on his shirt and he won’t talk to ME!? I’ve had it. No boyfriend for me.

As a sidenote, I’ve never thought “Hey, that girl is cute but she only has three friends.”

So, after a week, what did I learn?

Girls are learning they must be the hottest girl at the party. They must have a boyfriend to be successful. But maybe they won’t find Mr. Right at a bar or nightclub. You’ll only find Pig Farmers who think they’re too good for you.

Is this game close to reality? Sadly, yes. I think. Or maybe the TV-version of reality, where girls don’t need jobs or personalities. Why is there no option to just talk to a guy? I don’t always respond to flirtation but I respond to getting a coffee and talking. Where is that game?

As a game, though, this is exactly the same formula as every other Facebook game to hit the market. It wants you to 1.) invite your friends to play (because you won’t get a boyfriend otherwise) and 2.) spend your real money on the game. When I’m not the hottest girl at the party, it’s tempting to spend $1 in real money for that sparkly new necklace that will put me over the top. This is the same formula as Farmville and Restaurant City and all those games. They hook you, they infect your friends, then they go for your wallet. It’s a smart move, though, they have to make a living somehow.

NOW. Are there any other games you’d like to see me try for a week?