It seems like more movies are coming out in the computer-generated arena than ever before. And that makes this field even more competetive.

Let me tell you about what works before I delve into what doesn’t work. 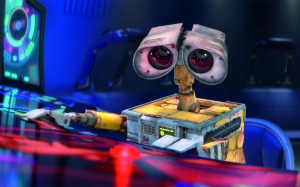 Wall-E set the stage for me. That’s weird to type Wall-E. I tried in all caps. Didn’t look right. I tried it all sorts of ways. Maybe because it’s a gibberish word. Anyways, Wall-E was a spectacular film and set the bar high in a lot of ways.

I believe Wall-E set the bar in terms of visuals, that it retained a sense of realism and grittiness. It also succeeded in telling a story almost completely with no vocal track. The vocal narratives helped to move the story along in some places but the characters of Wall-e and Eva were quite effective without the need for voiceovers. This will contrast to what we see in the what not to do section.

Wall-E also succeeded in bringing an actual real-world issue to light without making it too heavy-handed (see Happy Feet as an example of horrible heavy-handedness). 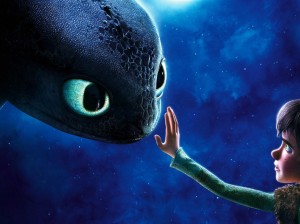 How to Train Your Dragon is another stunning example of truly moving the genre of the computer-animated film into the big leagues. The amount of feeling and liveliness in the main dragon featured (Toothless) is incredible. I still tear up when I see the scene shown above where Hiccup reaches out towards the dragon. God, incredible animation.

There are movies that are pressing the boundaries of what this genre can do. The colors in Kung Fu Panda don’t even seem humanly possible to recreate on a computer. There are movies (mostly Pixar and Dreamworks) that stand out to me as far better films than most live-action films that have come out in recent years.

It’s with this said, that I turn the tables. 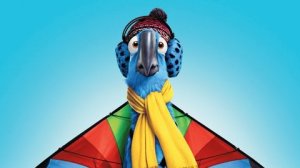 This is Rio, the story of a bird who is SMUGGLED ILLEGALLY into the US and SMUGGLING BIRDS IS BAD. Do you feel the heavy-handed nature of this film?

The colors could have been incredibly vibrant but they fell flat. The human characters look like a joke to me. But if the movie was hilarious, I would let it slide. If Rio gave me some insight into my own humanity, I would have let it slide. But I felt absolutely nothing (other than the nagging thought that bird smuggling was bad).

And then we have to talk about voice casting. Wall-E had a complete lack of voice casting. How to Train Your Dragon didn’t rely on big names (Gerard Butler is probably the only recognizable voice in the cast). Rio tapped into Jesse Eisenberg, coming off his hit Social Network, and made Rio a stuttering, socially inept teenager. They cast Tracy Morgan as a bulldog, but he did ZERO to make it a unique character. George Lopez was a toucan (or whatever) and did nothing special. They paid so much money on voice talent that was completely cliche.

There are few movies in this genre that succeed when headlined by a very distinct voice. Seth Rogen has an incredibly distinct voice and both Monsters and Aliens AND Paul received feedback that it took you completely out of the movie. And he did detract from Kung Fu Panda but luckily he had minimal lines.

Some would argue that Toy Story has Tim Allen and Tom Hanks, both relatively distinct voices, and that those movies were spectacular. I would then point you to #2 and the horrible inclusion of that female doll. Horrible.

So, the point. Stop spending so much money on casting unique voices. Work on making your movies look better and hire some better writers (I’m looking at you, Mars Need Moms).